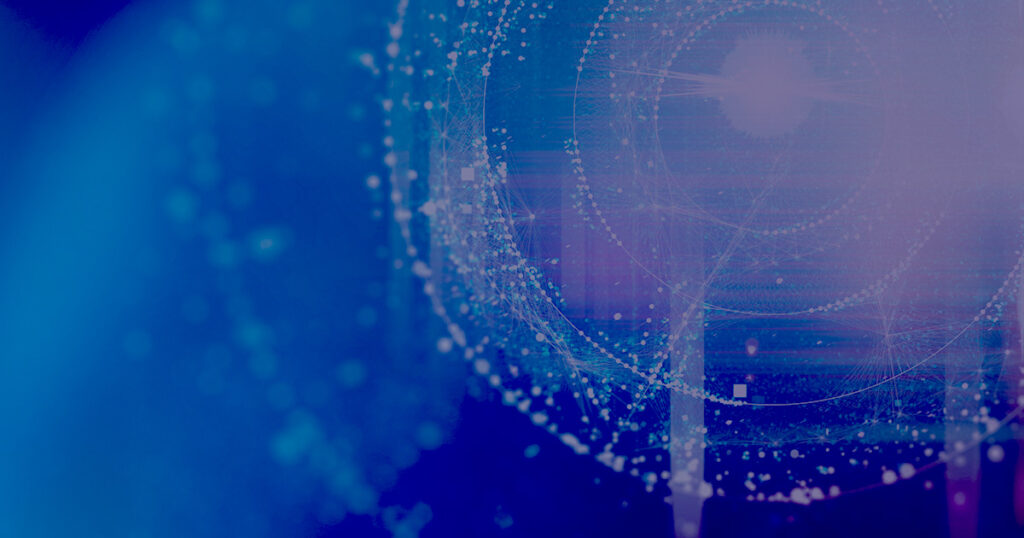 “Collective attacks by saturation of service” is now the French expression to talk about DDoS attacks (distributed denial of service attack) that dominate the headlines of cybercrime.

Cybercriminals are expanding their attack techniques, even if DDoS attacks are not new, the news has put them in the spotlight, becoming a growing threat, causing several damages that can be serious:

… and unlike more powerful cyberattacks such as ransomware, once the attack is over, DDoS leaves no trace on the victim.

This is an opportunity to analyze this type of attack, to understand how it works and to review the trends of this threat.

What is a DDoS attack?

A Distributed Denial of Service (DDoS) attack is a malicious activity carried out by a cybercriminal to disrupt the normal traffic of a server, service or network.

The attacker overwhelms the target with unwanted Internet traffic, resulting in:

To do this, it will use a security hole or malware to sneakily infect machines in order to take control of them. Each infected device, called a “bot” or “zombie,” becomes capable of participating in DDoS attacks. Armies of bots called “botnets” leverage their numbers to gain power. In addition, these bots typically spoof IP addresses, which anonymizes malicious activity.

These botnets can be purchased through “attack for hire” services. This allows malicious but untrained and inexperienced individuals to easily launch DDoS attacks on their own.

Network resources, such as web servers, can only handle a limited number of requests simultaneously. In addition to the server capacity limit, the channel that connects the server to the Internet also has limited bandwidth.

The network resources are limited in managing the number of requests, they saturate and create a malfunction.

There are 3 types of attacks:

These are the most common attacks. They consist in sending a significant number of requests from a large number of machines to a single infrastructure in order to overload its bandwidth. As a result, the targeted infrastructure will be saturated and unable to process all these seemingly legitimate requests.

In a UDP flood attack, cyber criminals seek to flood the target’s ports with IP packets containing stateless UDP protocol. The targeted infrastructure will request the applications associated with the UDP packets, and if they are not found, will return an “unreachable destination” message to the requester. The infrastructure will no longer be available.

To conduct DNS amplification attacks, the attacker can query:

responding to questions from the Internet.

This type of denial-of-service targets network communication protocols in order to take advantage of their weaknesses. It consists of exhausting state tables by using all the resources of servers or network equipment such as firewalls.

SYN flood: The TCP protocol allows the connection between a system (client) and a service (server) in three steps: the client first sends a SYN message to the server it is targeting. The server replies with a SYN-ACK message. Then, the client sends an ACK message to definitively open the connection. In a denial-of-service attack, cybercriminals send a large number of SYN requests without completing the other connection steps. Eventually, these partial connections occupy all the ports of the targeted server, so that it cannot receive any new connection requests.

Bounce attack (ICMP-Internet Control Message Protocol): the attacker will rely on the target’s ecosystem of subcontractors or service providers in order to carry out his attack at the network level. The attacker sends a packet to a broadcast network address resulting in an automatic response from each host. The ICMP protocol is used for error messaging and can accompany TCP protocol packets that allow exchanges on a network between application programs and computer terminals. With this method, the number of responses triggered will overwhelm the targeted service.

Attacks at the application layer

The objective is to impact web applications. Some attacks aim to exhaust the processing capabilities of the targeted service. For example, a cyber attacker may seek to reach the limit of the number of simultaneous requests a web server can handle. Other types of application attacks seek to consume all of a server’s computing resources by initiating a large number of TLS (Transport Layer Security) sessions. It is also possible to exploit weaknesses in the design of a web application.

Nearly 70 % of companies surveyed experience between 20 and 50 DDoS attacks per month.[3]

Another interesting fact to note is that China has replaced the United States as the main source of attack traffic, with an increase of 29%, closely followed by India (61% increase), then the United States and Brazil. Note that Brazil is a growing player in the cyber ecosystem.

They mainly affect the gaming and telecommunications sectors. The source of these attacks comes from Azerbaijan, Tunisia.

The DDoS of all records

Distributed denial of service (DDoS) attacks have reached “unprecedented” levels in the last two years, and are now measured in terabits.

The geopolitical situation in the world, the pandemic, and the evolution of the attack surface have created multiple possibilities of aggression of which DDoS is a part.

Why such a trend?

DDoS attacks are also a means of expression to show political support or opposition. The Russo-Ukrainian war is an example.

Indeed, patriotic hacktivism has exploded with the tensions between pro-Russians and pro-Ukrainians.

Each defends their nation with denial of service attacks, with the goal of inflicting havoc on their targets, causing economic or social disruption.

Following the tensions between China and Taiwan, there has been an increase in this type of attack.

The Web is the new battlefield and a power play.

The race to compete

There is also an increasingly fierce competition, all means are good to weaken the competitor, recover market share, or achieve reputation.

Solana, which hosts many DeFi projects (Decentralized Finance, or “DeFi”, is a digital financial infrastructure), went down for the fourth time in twelve months as a result of multiple DDoS attacks in December 2021. These outages hurt its image as the site attempted to position itself against Ethereum. [6]

Cybersecurity researchers are also seeing more and more cases of former employees using this method to get back at their former employers.

The emergence of new cybercriminals

The emergence of ransomware attacks is not to be ignored and they have a name: RDDoS, DDoS extortion attacks. The goal of an RDDoS is to financially extort the victim by taking their website offline. The addition of extortion is the new thing.

Attackers use these attacks a lot to divert the attention of security teams to conduct more stealthy and sophisticated attacks that are difficult to attribute.

But very surprisingly, the attackers themselves fall victim to them. On August 20, 2022, LockBit was knocked out by an attack of 1000 servers and 400 requests per second for each malicious domain.

A week later, ALPHV was the victim, and since then other ransomware gangs have been affected.

Who are behind these attacks? Rival gangs? Intelligence services? The attribution is not clear. However, on the offensive, this type of attack could become a means of protection and give defense teams valuable time to investigate.

Faced with these figures, and the resurgence of this type of attack, it is necessary to adopt a defense in depth approach, which requires different tools.

The mission of TEHTRIS is to help to face this type of attacks.

A DDoS attack can also be a diversion to keep cyber defense teams busy. This gives the cybercriminals more time to launch a more complex, in-depth attack on the system, while defenders are busy restoring the impacted service. This is where TEHTRIS tools will show their full potential. Our solutions will neutralize the threat automatically and immediately without the need for human action. The unified XDR console provides a single view of everything that is happening on the IT asset. A post-mortem forensic analysis will also ensure that nothing abnormal happened on the IT estate during the period of the distributed denial of service attack.

Since these attacks target vulnerabilities present on the victim infrastructure, the EDR tool’s Audit module will verify that there are no vulnerable versions of software installed. In the same way, the EPP with its Anti-exploit module will prevent any exploitation of vulnerabilities on the machines protected by TEHTRIS.

[1] DNS server that explores the alternate servers of the primary server when the latter is unreachable.

Subscribe to the newsletter
PrevPreviousTrend 2023: AI-powered disinformation
To explore the subject