This article will explore eGambit features to fight against massive ransomware attacks WannaCrypt. The reader will discover how Cyber Robots & Artificial Intelligence engines might get stronger than malwares…

On May 12, 2017 before noon, the cybersecurity community discovered a massive spread of a new ransomware abusing a well know vulnerability against Microsoft Windows operating systems.

Many computers were not protected against related threats as old Windows XP and many recent unpatched Windows as well (Production Infrastructures like SCADA stuff, Unmanaged PC…). Indeed, many infrastructures were not applying these needed principles : Containment & Detection.

This article will not focus on the attack itself, as many web sites already shared interesting information.

Instead, we will explain how enhanced mechanisms proposed in eGambit product had the power to detect and/or neutralize the threats automatically, worldwide without human actions.

ABOUT THE WANNACRYPT RANSOMWARE

This malware got multiple names such as Wcry, WanaCry, WanaCrypt, Wanna Decryptor, etc.

According to our security experts at TEHTRIS, the malware WannaCrypt was poorly written, as the attackers decided to work with a “mass market” feeling.

Indeed, as explained by our stealth pentesters at TEHTRIS, it would have been more efficient for the attackers if they had built a file-less attack thanks to the EternalBlue exploit.

Hopefully, the attack was not that dangerous despite what was said in some newspapers. A far more horrible attack could have exist, destroying tons of computers worldwide (especially when exploits are known for months).

This is extremely interesting because eGambit is able to analyze and to fight against unknown programs when they appear on an infrastructure.

The full eGambit arsenal is able to automatically work against unknown threats.

eGambit can automatically detect & fight new threats like WannaCrypt and the survival time is less than few minutes for the malware worldwide.

eGambit robots are able to automatically analyze new threats like humans would do, thanks to our powerful eGambit Forensics portal. This allows eGambit end-users to have a 24/7 protection with humans + robots & artificial intelligence.

Example: with the WannaCry Ransomware, here are the evidences of network traffic found :

Security experts quickly found out the binary code in order to connect to a specific web site :

This HTTP ping-like mechanism was a kind of kill-switch already included in the malware : 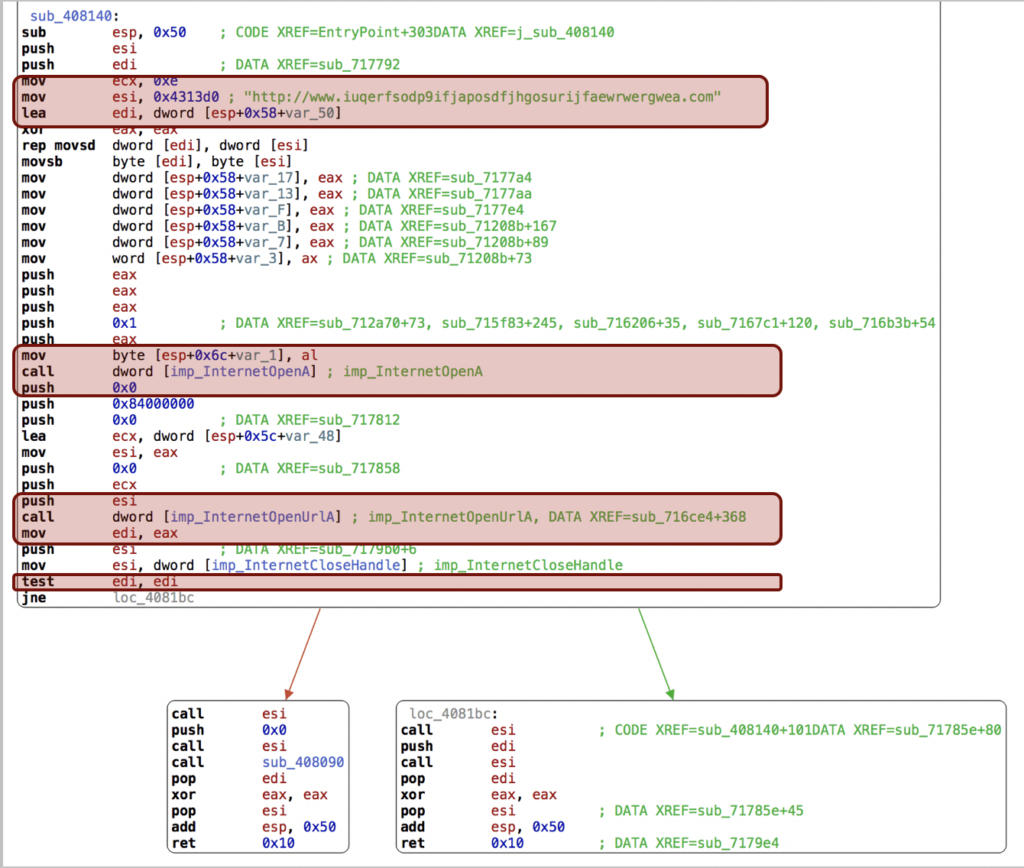 eGambit use honey token files such as fake Office Documents

Execution of multiple commands easily found by the eGambit Sandboxing system (not stealth). Beyond the fact that TOR was detected, new startups keys were detected in the Registry.

Execution of multiple commands easily found by the eGambit Sandboxing system (not stealth). Beyond the fact that TOR was detected, new startups keys were detected in the Registry.

Beyond previous eGambit sensors, our Artificial Intelligence engine had to work on the malware.

The programs used by the WannaCrypt Ransomware (dropper, etc) were fully detected by the eGambit Artificial Intelligence engine with a strong confidence. 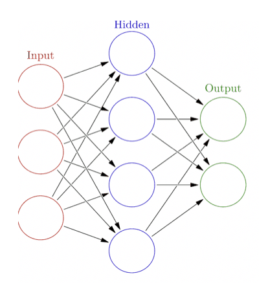 Fighting against the ransomware with the eGambit Endpoint Security agent worked better than traditional security, though we remain humble as new threats could try to be more stealth.

Once the programs were identified automatically thanks to our robots and artificial intelligence engines worldwide, then the threats could be detected and neutralized directly.

Customers just need to apply for a good neutralization inside eGambit. 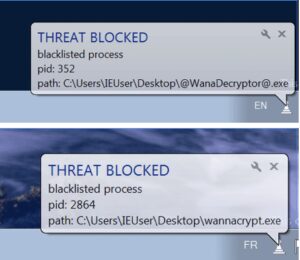 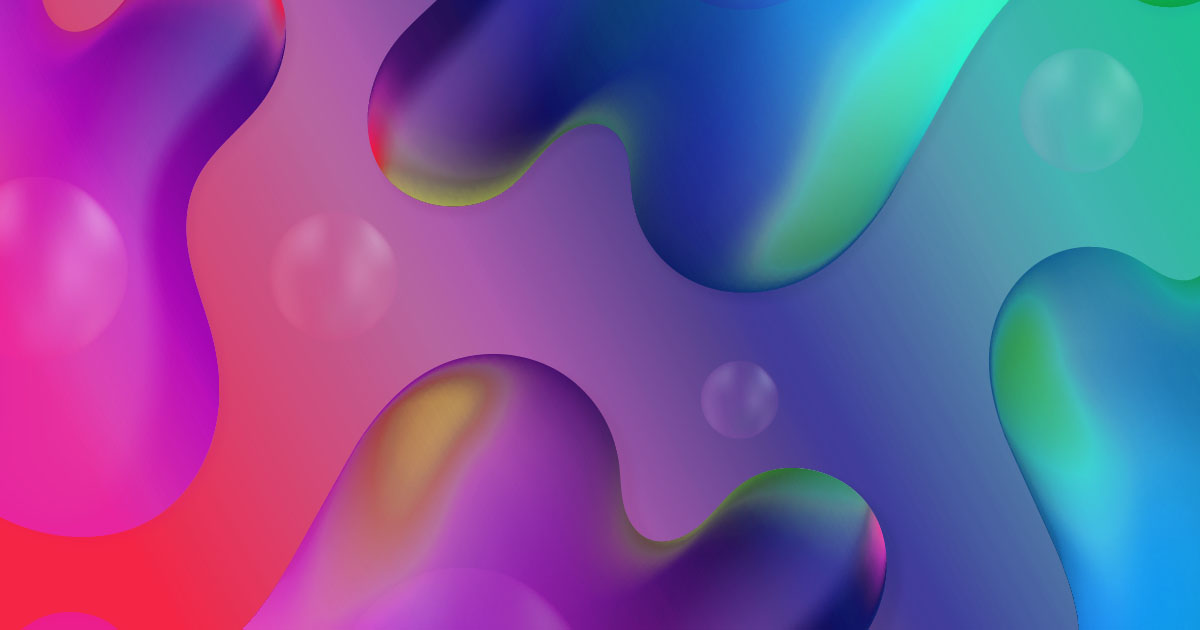 Keep control of your life on the Internet 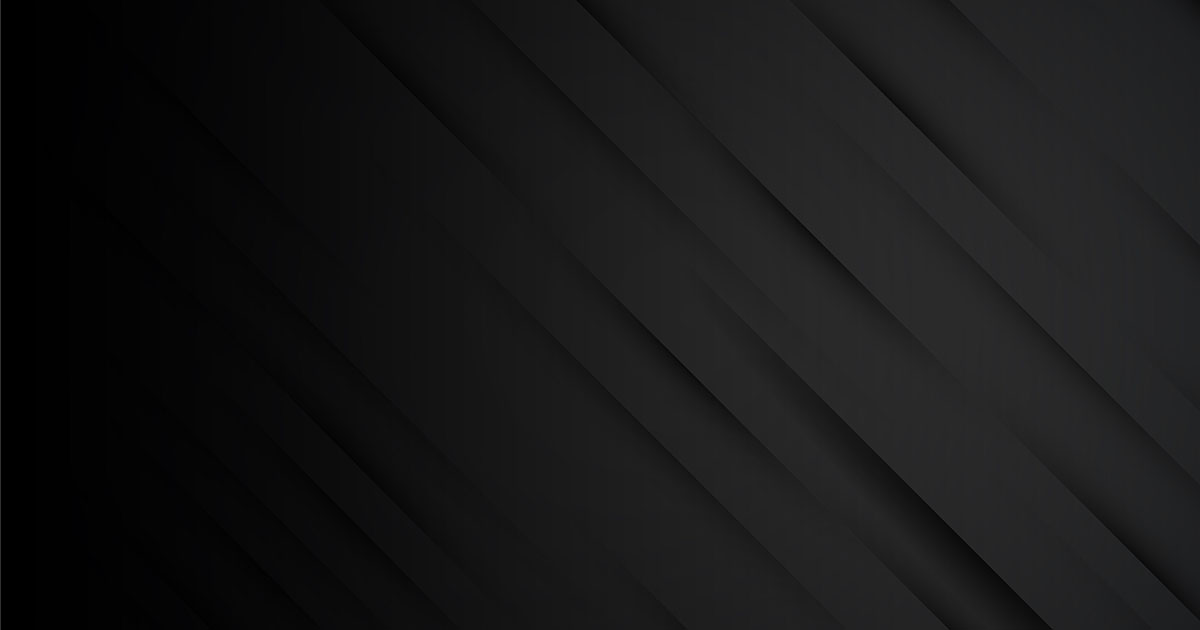 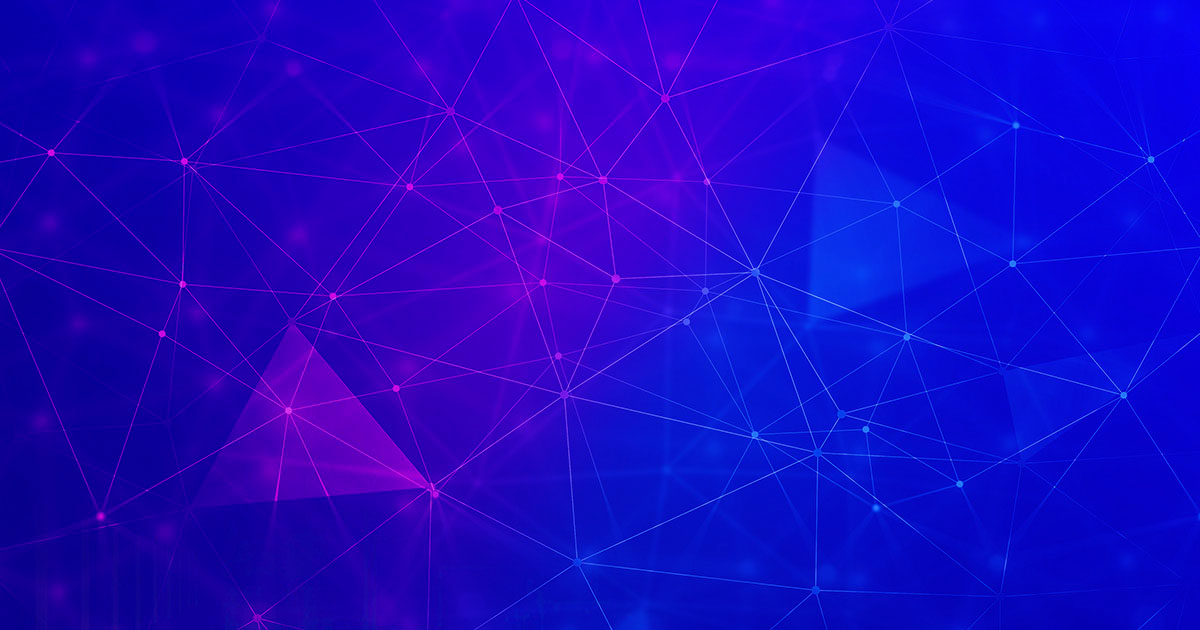 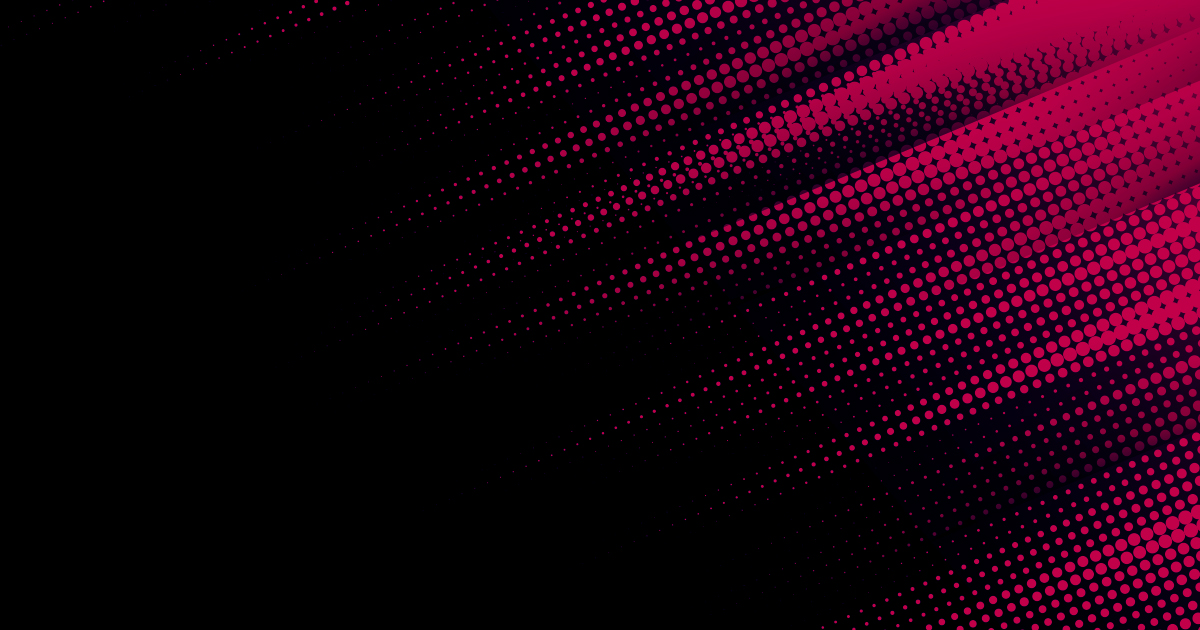 SuivanteGambit Endpoint Security versus Crash OverrideNext
To explore the subject

The mathematician Jean Sylvain Bailly had no idea how meaningful this sentence could still...

The use of packing, shellcode execution and in-memory Dynamic Loaded Library (DLL) loading is... 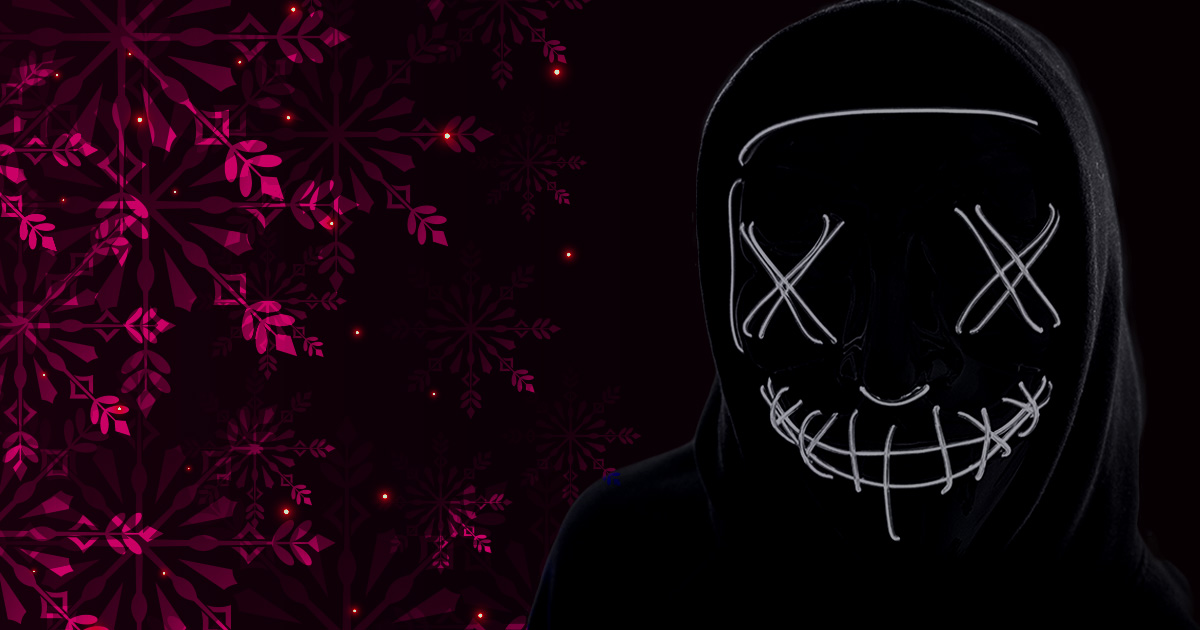 The holiday season is prone to cyberattacks: better be ready!

Attackers may be right to believe in Santa Claus. One only has to look...